What follows was #6’s original ending.  I removed it because it’s about things that distract me from the work here, at a time when I’m trying to focus on what’s ahead.  I also withheld it because I didn’t want to overreact.  I wanted to see…

…what would happen in America over the next month?  …would things get better?  …would the discussion become more insightful?  …would Christians add a noticeably spiritual perspective?  …or just a few religious clichés?

Malawi is one of many countries around the world where heavily armed police/military, regularly mingle with what we would call armed civilians…and no one gets shot.

Often enough I get questions about America’s police shootings. They’re a trend that found surprising support from America’s general public—who provide a seemingly endless supply of excuses.  Most disappointing is hearing some of the most rigid, stale excuses stream from church pews.

Look, I get it.  When Mike Tyson was being accused of rape, many of us (young black Americans, especially young black males) felt personally attacked.  A community starved for heroes doesn’t easily turn on its idols.  But there was a certain point at which Mike’s crazy outweighed his appeal.

His opinions about women didn’t necessarily surface until years later.  But even before then, things he said became clearly unstable.  The way that he went at Evander Holyfield—who I’m not sure ever openly disrespected an opponent.  Then claiming he wanted to eat Lennox Lewis’ kids.  The most telling red flag possibly being the way he tried to cover the crazy in kid-eating…

…randomly invoking God, without living God’s character.  At a certain point it simply became clear that Mike had a fundamentally different value structure than anyone who legitimately claimed to follow God.

So as much as we may love them, maturity requires acknowledging the flaws in our heroes—even those in law enforcement.

If we’re honest as Christians, in tough times we bluntly question God…unless you’re somehow more noble than Job, more humble than Moses, or just smarter than the prophets.  But when it comes to law enforcement – especially when they’re accused of hurting ‘minorities’ – questioning becomes taboo.  Shrouded in sympathy for the difficulty of their job, it’s almost like we empathize more with police—than with the God we claim to worship.  #idolatry

In contrast, not only do we question God, we see the flaws in ‘minority’ communities.  Those flaws seem to supply endless justifications for the levels of force used against even the elderly and disabled.  (Elderly Man Left Paralyzed)  No matter the phrasing, those justifications typically seem to boil down to little more than: “C’mon…you know how they are.”

Well “they” are all over Africa – carrying machetes – and “they” aren’t getting shot.

Even in countries that have recently overcome bitter civil wars, “they” aren’t frightening police as much.  It’s sad when the only nation in Africa to which America’s police shootings might be accurately compared, is Apartheid South Africa—possibly the only other nation in Africa to impose American-style segregation on its black population.

So could it be that something has lingered – un-repented – since our middle passage into slavery.  Something fueling divisions that have never really healed?

It’s quite possible that we (African-Americans) deserved to be enslaved.  I mean, even Israel was enslaved for its sins.  But there was a limit.  Those who ruled over them them crossed it, but felt no conviction for their barbarity until God’s judgment was upon them.

6 …“Woe to him who heaps up what is not his own—
for how long?—
and loads himself with pledges!”
7 Will not your debtors suddenly arise,
and those awake who will make you tremble?
Then you will be spoil for them.
8 Because you have plundered many nations,
all the remnant of the peoples shall plunder you,
for the blood of man and violence to the earth,
to cities and all who dwell in them.

It’s impossible to repent that which we won’t even confess though.

Leaving at least one question that won’t go away:  if racial bias has nothing to do with this, why aren’t black cops equally as in danger of being shot by other black cops?

Today, many in the church seem to recognize misconduct at about the speed of pagans.  Acknowledging it only when just about everyone else in their secular circle agrees.  While we claim to be indwelt by the Spirit of truth, we apparently can’t see truth any more quickly than agnostics.

Which begs the question: is the spirit at work in some of us really from God?  …and what’s the evidence?

Those who reflexively support anything reject discernment—and discernment is a sign of Spiritual maturity.  They camp in a place that seems safe, but even secular leaders warn that it’s dangerous:

Forfeiting the difficult work of discernment to generic loyalties is shallow.  Even Jesus and His disciples warn of the need to discern wheat from tares, sheep from things in sheep’s clothing, productive fig trees from those barren, true disciples from waterless clouds, etc.  He gives many metaphors.  But unless it’s a doctrinal dispute, we have a growing number of believers who actually consider ignorance a badge of honor—claiming to be neutral, perpetually unsure or – let me decode this term – color blind.

Have I gone too far?  …is the Klan’s growing, public affection for all of these institutions a coincidence…really?

…and do you really think that God’s going to congratulate you for recognizing the epidemic “worldliness” in the church—while remaining “neutral” to the ways that the world institutions you favor grow darker?

High Priest – we are in law enforcement, the military…

29 They were filled with all manner of unrighteousness, evil, covetousness, malice. They are full of envy, murder, strife, deceit, maliciousness. They are gossips, 30 slanderers, haters of God, insolent, haughty, boastful, inventors of evil, disobedient to parents, 31 foolish, faithless, heartless, ruthless. 32 Though they know God’s righteous decree that those who practice such things deserve to die, they not only do them but give approval to those who practice them.

Do any of you stop to wonder why police departments need internal affairs divisions?

I remember working for a state Attorney General’s office—handling the civil side of DWI prosecutions.  It brought me into direct contact with many of the officers whose work I evaluated as a public defender.  Seeing prosecutors with the same response to some officers that we had as defense attorneys was eye-opening.

That kid who never ‘applied himself’ in school – or life – doesn’t always get weeded out in job interviews.  He or she sometimes – too often – convinces others to let them be a cop.  More disturbing than working with them though—is meeting the nice church-going folk who can excuse just about anything they do.

The irony is that the same tendency that produces criminals often produces bad cops.  That tendency: excuse-making.  Excuses are the filth in which America now seems to fester.  And while fingers point between right and left as causes for national decline, the church joins in…rarely adding anything remotely Spiritual to the discussion.

What are you adding though…?

You might have noticed that I’m criticizing the right more heavily here—without apology.  Jesus had problems with both the Pharisees and Sadducees, but made no apology for going at the Pharisees with brutal candor. (Matthew 23)  He didn’t offer a one for one criticism to the right and the left to make them feel better.  But to be fair, there’s blame to be apportioned everywhere:  Ghetto Excuses.  I’m just not sure that it’s wise to take comfort in the reality that “we’re all guilty” to some degree.  David was possibly as guilty of murder as Ahab or Saul—but there’s a reason he found repentance, while they…?

David didn’t have to be prodded to either confess or repent.  Saul would do neither without coercion. Ahab was great at confessing when he was in trouble, but repentance…?  And in the church today…confession and repentance have been replaced by levels of denial considered crude even among secular psychologists. (Tendencies of Emotionally Manipulative People)

David found forgiveness because his heart famously sought God. But the question remains: are we really forming our opinions after God’s heart for ALL OF HIS PEOPLE?

Large portions of the church are enduring the resurgence of open racial hatred—at which roughly half of the ‘church’ yawns:  Even the Pagans see it; Simply for winning; Leslie Jones – sign of the times; Racism on Social Media; Twitter Reacts to “that nigger”; Racism on College Campuses; The New Normal in Politics.  If you’re comfortable going to see God never having asked Him if your yawn reflects His heart…?  #betteroddsinvegas

Let love be genuine. Abhor what is evil; hold fast to what is good.

The aim of our charge is love that issues from a pure heart and a good conscience and a sincere faith.

22 Having purified your souls by your obedience to the truth for a sincere brotherly love, love one another earnestly from a pure heart

The fact that racism doesn’t tend to hurt you or yours now, doesn’t mean that it’s simply our cross to bear.  And when I say our—I don’t just mean people of color.  I’ve seen people of color eagerly trade their integrity in hopes of simply fitting in.  It’s still an issue in too many places here in Africa—one that partially explains the middle passage.  Quite simply, we helped sell each other.  And I guarantee you that many of Africa and African-America’s struggles result from this fact:  in some ways we’re still doing it.  On the other hand, I’ve seen white people suffer for being among the few with the courage to step away from the herd—when “we” won’t.  (Former Baltimore City Officer Crystal; Former Baltimore City Officer Wood; Former NJ Officer Taska; Former Alabama Officer Hanner; Former Richmond, California Police Chief Chris Magnus)

This may come as a surprise to some, but I do believe that the true we are Christians.  However not all “we” who claim to be Christians are truly of Christ.  Most of us just want to fit in.

Is that you?  The very fact that your actions may evidence numbness to pain in other parts of this spiritual body is a sign…and it’s not a good one.

26 If one member suffers, all suffer together; if one member is honored, all rejoice together.

To preserve the body, prolonged numbness in a physical limb can lead to amputation.  God’s remedy for growing Spiritually cold isn’t much different.

I found that personally concerning because I’ve begun to grow numb to the suffering on both sides of America’s racial/social divide.  And my feelings that haven’t grown cold aren’t completely healthy either.  The things I’ve seen recently have provoked a war within in me…raging against the root of bitterness.  I fight it because God has warned that bitterness is not just a danger to me, but to others.  (Hebrews 12:15)

There’s something consuming the soul of America and its church.  The re-emergence of “monkey” and “nigger” as common hate speech, and killing as common expression, allow it to ooze through the denial draped over it.  It’s shameful to witness how much of the ‘church’ has found a role as Yes Men in that denial.

But maybe the bigger shame…is the absence of shame at this irony:  a poor black man may now be safer holding a machete near police in the “3rd world”—than he would be empty-handed in “the greatest nation on earth.” 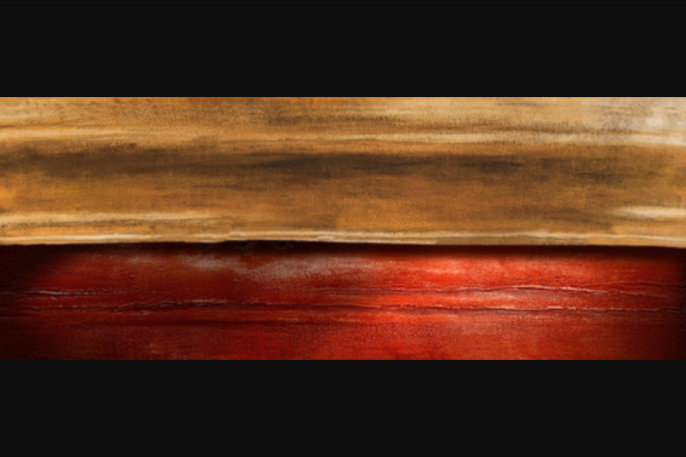 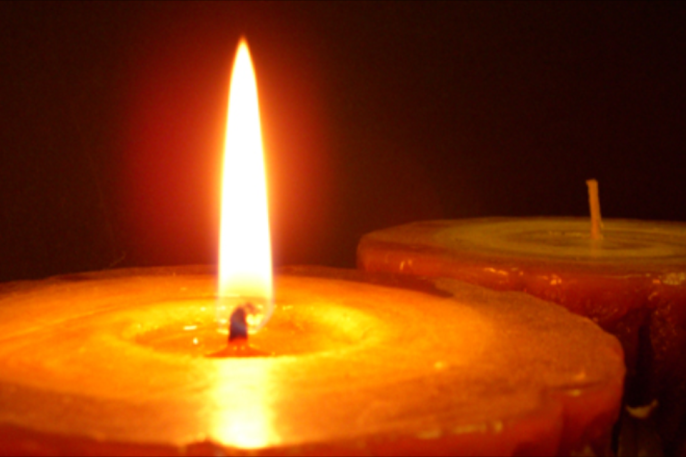 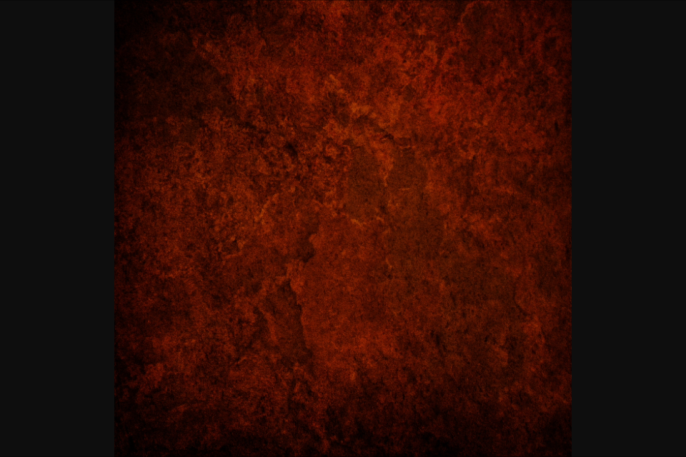 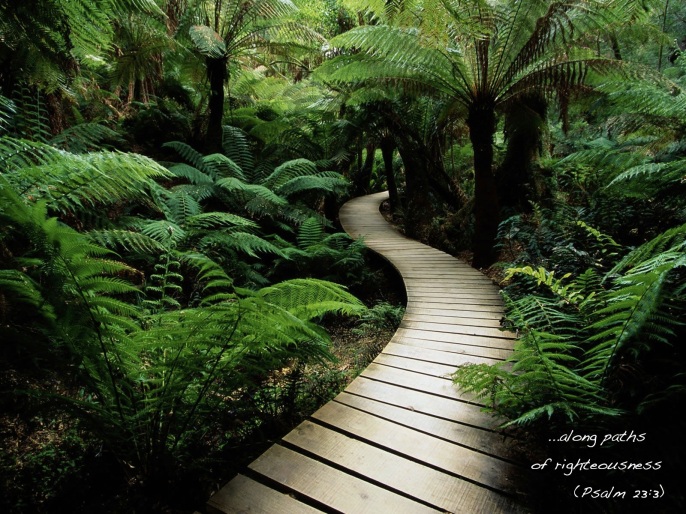